Over the past few days we have been in the process of doing some maintenance work at our Fulham branch, which involved some excavation. Whilst digging up part of the yard, the construction workers were confused when they found something a little out of the ordinary. 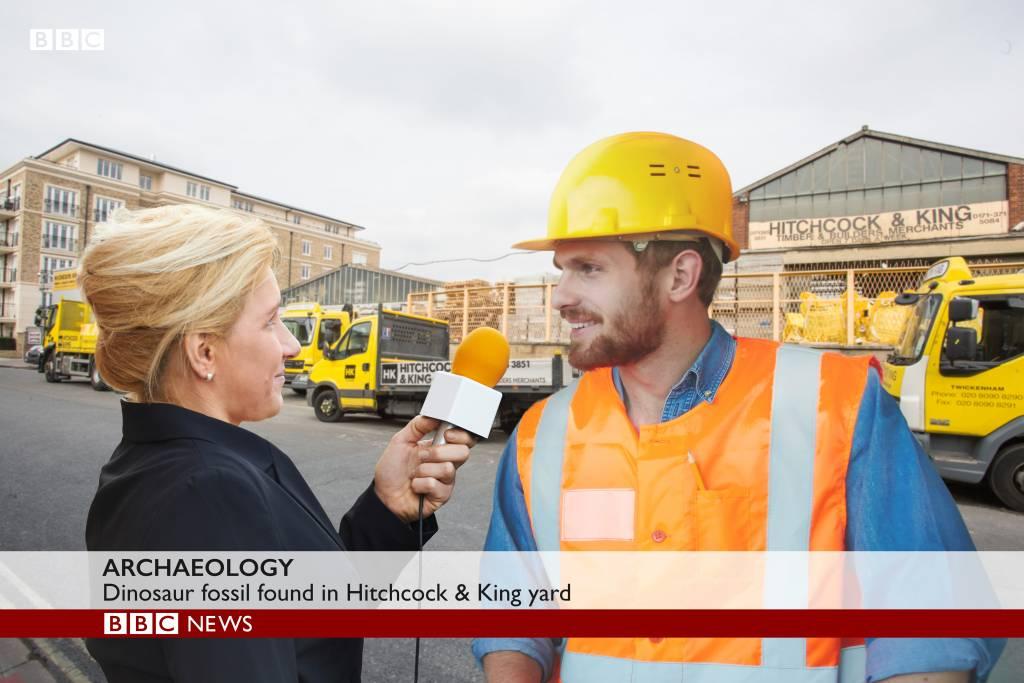 After noticing what looked like some odd-shaped rocks at first glance, we quickly realised that this was something much more interesting. After getting the experts involved, we can reveal that fossilised dinosaur bones have been found in our very own yard! Measuring around 10 metres long,

The first of its kind

This really is a one-of-a-kind discovery – this is the first dinosaur fossil to be found in London, the nearest other finding being an Iguanodon discovered in Guildford over 130 years ago. Most discoveries tend to be made in coastal areas like Dorset, the Isle of Wight and East Sussex, so this is a first for London!

An employee said: “We can’t believe this has happened on our site. Who would have thought there’d be dinosaur bones here in London? We’ve been operating for over 40 years and it was under our feet the whole time.”

The facts so far

We’re still waiting for more tests to be done before we can find out the exact type of dinosaur this may have been, but the fossils are thought to be remainders of the rare Hitchoraptor Kingensis which lived over 180 million years ago.

Palaeontologists have even managed to create a rendering of what the amazing creature would have looked like when it roamed the earth millions of years ago:

April Fool! If you liked this article, share it on social media and try to catch your friends out. Hitchcock & King is a reliable builders’ merchants operating from several branches throughout London – for all of your construction (or excavation) needs, don’t hesitate to get in touch with our knowledgeable team.