Every building site is full of characters. So much so that you could write a whole article about them –  so that’s exactly what we did. From the guy that stumbles into work every morning smelling of Smirnoff’s finest, to the class clown that always takes the joke a bit too far, this is the ultimate list of every personality you’ll find on the building site. 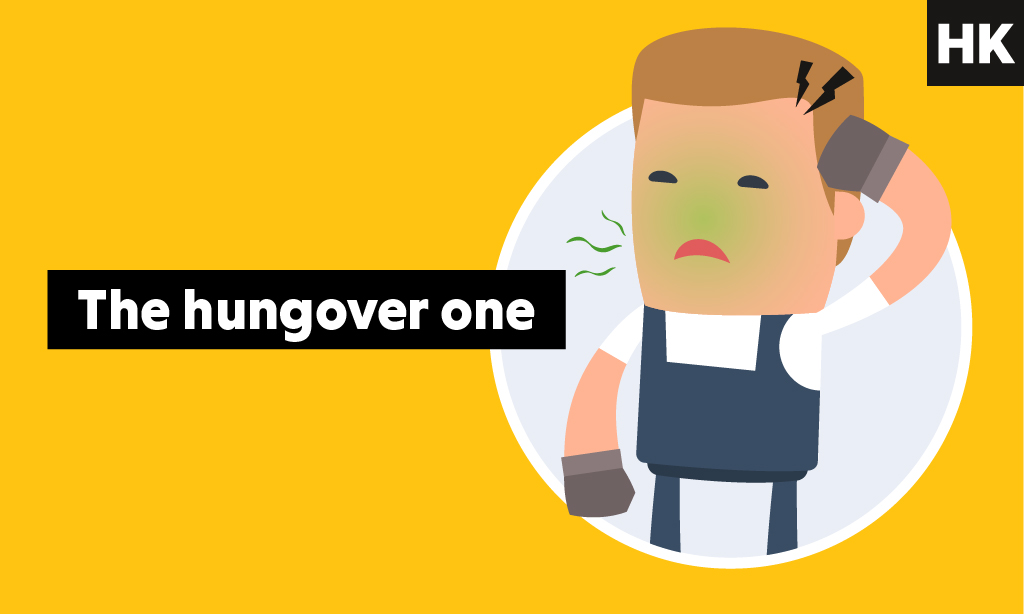 They call him Seventeen-Pint Sev. You’ve heard all the stories. The one from Marbella. The one from Ibiza. The one from last night in the staff room. Yet you’ve never actually shared much of a conversation. He doesn’t speak in full sentences. He mainly stands at the back with his fingers pressed against his temple muttering about the noise. The stench of alcohol on his breath kills a bird or two as he chokes on the smoggy building site air. And that’s on a good day. After a cigarette or two he’s right as rain, but he rarely stays on site longer than a couple hours. You’ll often see him trundle away after complaining to the boss that he’s not feeling great. Strangely he never leaves in the direction of his house, but always the direction of the pub. 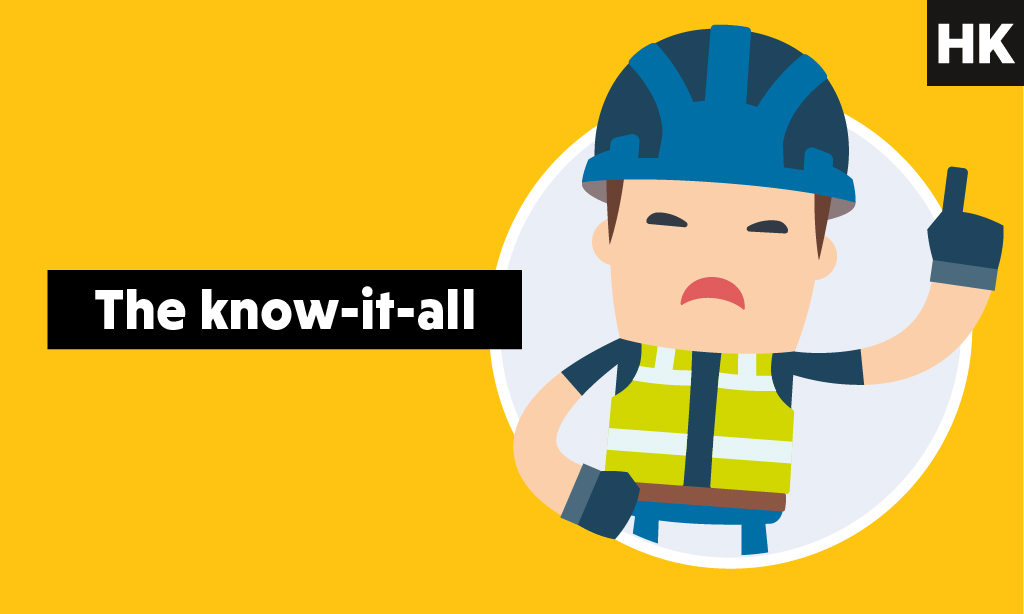 He’s everyone’s least favourite. ‘You’re not doing that right,’ he’ll snark. ‘You can’t put that there,’ he’ll scorn. ‘Stop flying my underwear like a flag on top of the scaffolding,’ he’ll moan. It’s his way or the highway, and most days the highway seems like the better option. He’s related to the boss in some distant way. The boss’ sister’s cousin’s nephew’s second cousin’s great grandfather’s third wife’s seventh son. You can’t quite remember, which is a surprise really because he lets you know every day. 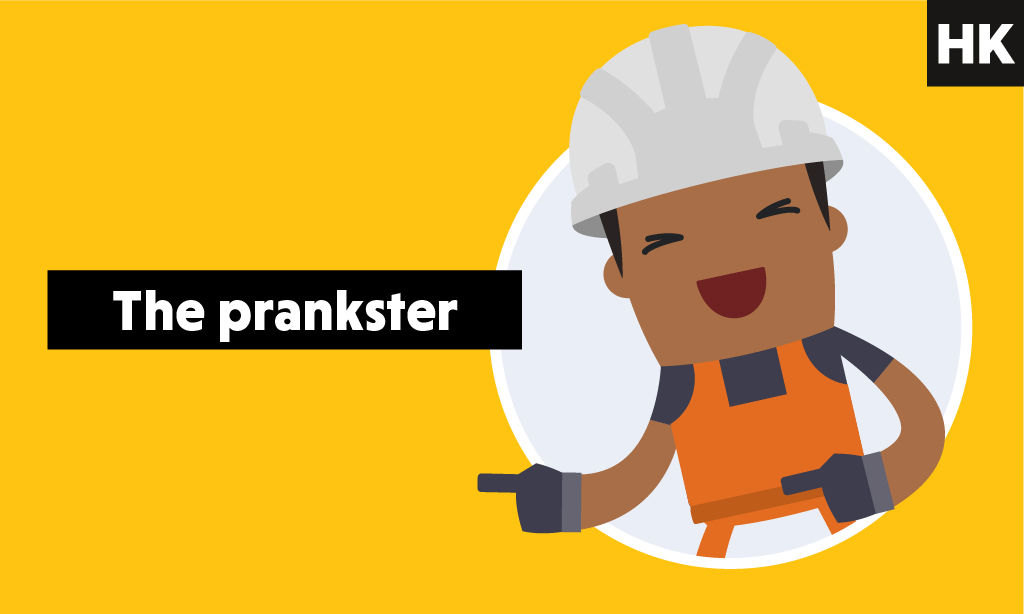 He’s the one that never grew up. The one that says ‘it’s just a joke’ more times a day than you go on your tea break. April Fools day is his Christmas. He doesn’t understand why kicking over an occupied portaloo doesn’t win him a barrel of laughs. He’s always asking the new guy for a can of tartan paint. Or spirit level bubbles. Or a long weight. On such thin ice you can hear it crack beneath his feet as he walks. 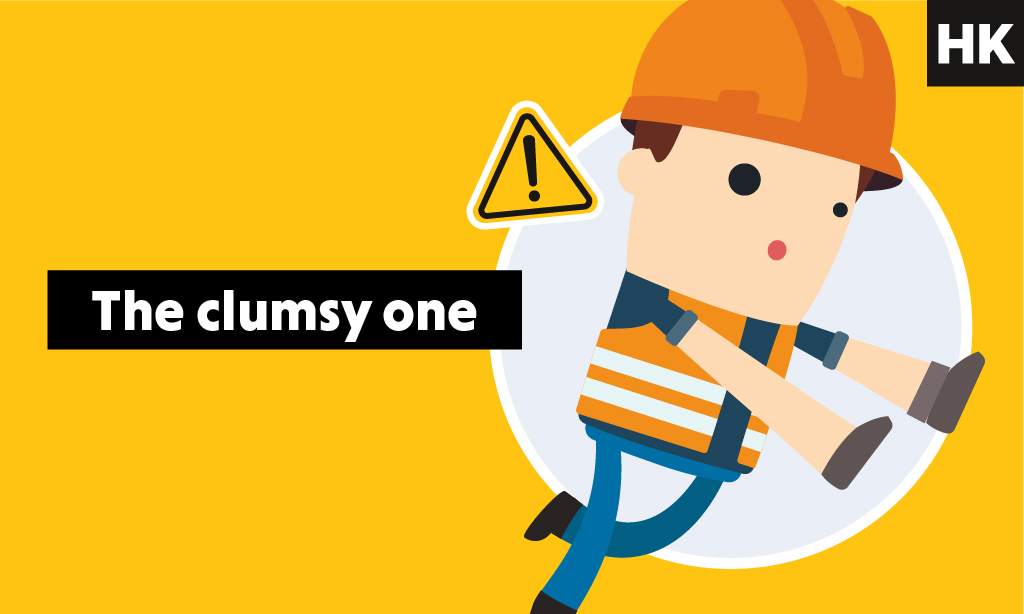 He’s the reason hardhats are mandatory. He’s always tripping over the most visible items on the site – a traffic cone, a skip, Big John. You fear for your life whenever he’s within a 50ft radius. He’s been the cause of exactly seventy-five work accidents, and apologises for each one with a halfhearted ‘my bad!’. You suspect he may have been dropped on his head as a child. Now he just drops things on the heads of others. 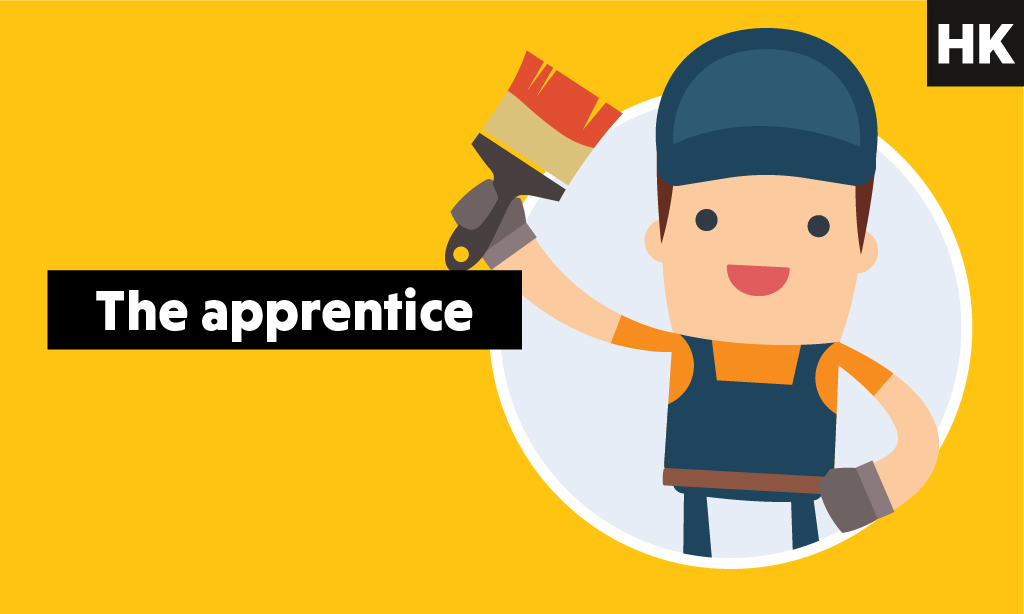 He’s the one that looks about twelve. Barely a hair on his chin. All bones, no meat. He laughs along with the jokes even when he doesn’t get them. Laughs even harder when the jokes are played on him. Hardworking, though. Always looking to impress the boss. His high-vis jacket is a size too big and his jam sandwiches are a size too small. Still looking for that tartan paint.

As leading builders merchants for over 50 years, we know a thing or two about the building site. Hitchcock & King has everything you need to ensure that everyone is doing their job just right. No matter how big or small your project, you can find the products you need from many of the world’s leading brands. Delivered directly to your site the same day or next day, you’ll always get the best service with Hitchcock & King.